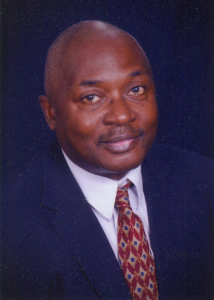 He has worked with Afram Associates, Inc., a Harlem based African American research and education organization under the leadership of Preston Wilcox.  He has been affiliated with Afram for thirty years.    He also worked as a counselor for the Counseling and Career Center of Fairleigh Dickinson University in Teaneck, New Jersey from 1975-1978.  In 1978 he served a counseling faculty member and Counseling Coordinator and Lecturer at Medgar Evers College of the City University of New York in Brooklyn. He served for a total of 23 years and retired from Medgar Evers College in 2005.  He had a break in service with Medgar Evers College and served as a social worker for troubled youth with the Department of Child Psychiatry of Kings County Hospital Center in Brooklyn, New York. where he served for four years before returning to Medgar Evers College.     While in New York he also served as the President of the Men’s Usher Board for the House of the Lord Church in Brooklyn for many years.  He was also active with other church ministries including the National Black United Front and the African People’s Christian Organization.

After moving to Montgomery, Alabama he served as President of the South Hull Neighborhood Association and President of the Alabama Chapter of the African Atlantic Genealogical Society.    He served as a social worker for the Montgomery County Health Department. He also served as a field instructor/therapist for the University of Alabama and West Alabama Mental Health Center in Eutaw, Alabama.  Bill worked as an adjunct instructor for the University of Alabama Department of Social Work and currently works as an adjunct instructor in African American Studies for the Department of Gender and Race Studies.  Bill is the Executive Director of Aframsouth, Inc., a nonprofit organization dedicated towards working to the elimination of health disparities, the eradication of HIV AIDS, and African American education and advocacy.    Bill a serves as the Coordinator of the Beloved Community Lecture Series, cosponsored by a group of community organizations and the University of Alabama in Tuscaloosa, Alabama.

Bill is the Co-coordinator of the African American Family History and Genealogical Study Group at the Elmore County Black History Museum.   Other activities include serving as co-founder and officer of the Tuscaloosa African Film Festival, an annual film festival in Tuscaloosa, AL.   In Tuscaloosa, Alabama Bill has served as Treasurer, Vice Chair, and Interim President of the Tuscaloosa County Chapter of the Alabama Democratic Conference (ADC).  He is also presently working with Aframsouth’s radio project, WUMO LP FM, Glory 94.5 in Montgomery, Alabama.   Bill is married to Dr. Pamela Payne Foster.